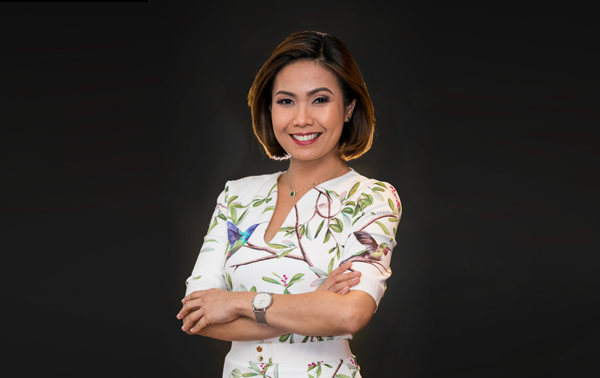 DUBAI: Dr. Karen Remo, CEO of New Perspective Media Group (NPM), a leading UAE-based media company and integrated marketing communications agency and media company, with offices in the Middle East and Asia Pacific, has been named as finalist at the Middle East Economic Digest (MEED) Awards 2019 for “Female Leader of the Year.”

The MEED Awards aim to support GCC companies and individuals that have reached great achievements and made indelible marks shaping the future of the region into incredible domains. It empowers and encourages companies to set the benchmark for the best practices in the region.

As for its counterpart, the “Male Leader of the Year,” the individuals who have been made it to the shortlist are: Colm McLoughlin of Dubai Duty Free; Adam Ralph of Turner & Townsend; Hamdi Mahmoud of Tangram Gulf; Mohammad Al Muaili of Kuwait Resources House; Joe Tabet of JT+Partners; Ramesh Gopal of Deutsche Bank AG; Yu Tao of China State Construction Engineering Corporation M.E.; and Sager Nadershah of Aljazira Takaful.

The MEED Awards 2019 will be held on November 27 at Ritz Carlton DIFC in Dubai, UAE. More than 250 entities have registered for this award-giving body this year, making this edition the most competitive since its inception in 2017.

For the past six decades, MEED has been contributing to the development of the GCC by providing news and analysis throughout the region via different platforms—print, online, and in person.

Since its establishment in 2011, NPM has served more than 1,000 brands and companies, including 20 major government agencies in the UAE (federal and local), over 30 banking and financial institutions in the Middle East, 10 of the top real estate developers in Asia, on top of a long list of companies in the aviation, healthcare, technology, tourism & hospitality, F&B and FMCG sectors across 36 countries.

NPM Group publishes 999 Magazine, the official English-language publication of the UAE Ministry of Interior. The company is also publisher of The Filipino Times, the biggest community newspaper in the UAE with 250,000 weekly readership and the largest digital and social media platform for Filipinos in the Middle East. TFT is read in 236 countries as per Google Analytics and receives an average of 18 million impressions per month.

NPM Group is the organizer of Philippine Property & Investment Exhibition (PPIE), now on its 8th edition and is the biggest, longest-running and most trusted international Filipino property investment expo. NPM also organizes The Filipino Times Awards (now on its 5th year), the most prestigious awards of its kind in the region and an exclusive glitterati red-carpet celebration that honors global excellence of professionals and brands.